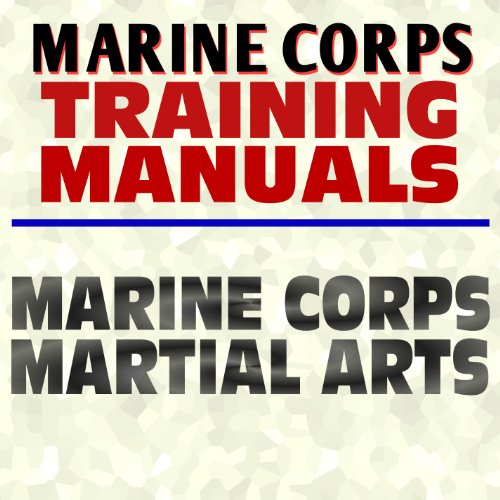 This ringbound book provides a reproduction of an important document from the U.S. Marine Corps, Marine Corps Martial Arts and Close Combat, MCRP 3-02B. The foreword states: Today’s Marines operate within a continuum of force where conflict may change from low intensity to high intensity over a matter of hours. Marines are also engaged in many military operations other than war, such as peacekeeping missions or noncombatant evacuation operations, where deadly force may not be authorized. During noncombative engagements, Marines must determine if a situation warrants applying deadly force. Sometimes Marines must decide in a matter of seconds because their lives or the lives of others depend on their actions. To make the right decision, Marines must understand both the lethal and nonlethal close combat techniques needed to handle the situation responsibly without escalating the violence unnecessarily. This publication guides individual Marines, unit leaders, and close combat instructors in the proper tactics, techniques, and procedures for close combat. Techniques described in this publication can cause serious injury or death. Practical application in the training of these techniques will be conducted in strict accordance with approved Entry Level Close Combat, Close Combat Instructor (CCI), and Close Combat Instructor Trainer (CCIT) lesson plans. Where serious danger exists, the reader is alerted by a warning notice. Overview of close combat: Purpose of Close Combat – Close combat is the physical confrontation between two or more opponents. It involves armed and unarmed and lethal and nonlethal fighting techniques that range from enforced compliance to deadly force. The purpose of close combat is to execute armed and unarmed techniques to produce both lethal and nonlethal results. Unarmed techniques include hand-to-hand combat and defense against hand-held weapons. Armed techniques include techniques applied with a rifle, bayonet, knife, baton, or any weapon of opportunity. Marines will find themselves in both combative and noncombative situations. The threat level in these situations can rise and fall several times based on the actions of both Marines and the people involved. The escalation of force stops when one person complies with the demands imposed by another person. This range of actions is known as a continuum of force. Continuum of force is the concept that there is a wide range of possible actions, ranging from voice commands to application of deadly force, that may be used to gain and maintain control of a potentially dangerous situation. Contents include: Ranges; Weapons of the Body; Target Areas of the Body; Pressure Points of the Body; Basic Warrior Stance; Angles of Approach and Movement; Balance and Off-Balancing; Falls; Lethal and Nonlethal Weapons Techniques; Bayonet Techniques; Nonlethal Rifle and Shotgun Retention Techniques; Nonlethal Handgun Retention Techniques; Firearm Disarmament Techniques; Hand-Held Weapons; Fundamentals of Knife Fighting; Knife Fighting Techniques; Weapons of Opportunity; Fundamentals of Combative Stick; Combative Stick Techniques; Blocking Techniques; Unarmed Against Hand-Held Weapons; Counters to Hand-Held Weapon Attacks; Strikes; Principles of Punches; Punches; Strikes with the Upper Body; Strikes with the Lower Body; Counters to Strikes; Throws; Turning Throw; Hip Throw; Leg Sweep; Types of Chokes; Chokes; Counters to Chokes and Holds; Ground Fighting; Offensive Ground Fighting; Defensive Ground Fighting; Ground Fighting Chokes; Nonlethal ; Unarmed Restraints and Manipulation; Nonlethal Baton; Pugil Stick Training; Safety Precautions During Training.