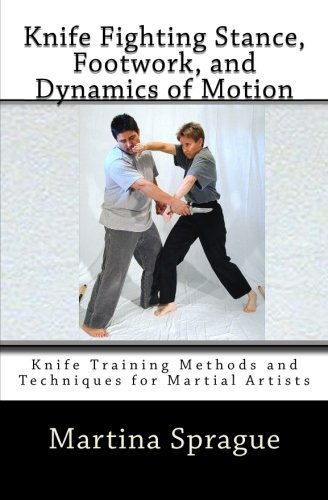 The Knife Training Methods and Techniques for Martial Artists series gives the martial arts interested person a solid background on the importance of the knife as a combat weapon, inspires the reader about the benefits of knife training, and provides detailed step-by-step instruction in how to manipulate and defend against a knife with speed, proficiency, and confidence.

Almost any martial art, traditional or modern, can be adapted to knife offense and defense without changing the basic principles of the art. Since the knife is a relatively small and lightweight weapon, many of the same moves and movement patterns you use in your empty-hand art are easily transferable to your knife techniques, and vice versa. The practical lessons you learn by adding knife training to your arsenal include quick reaction skills, physical and mental control, footwork and evasion tactics, distance control, and target precision.

Knife training gives you a decided physical and mental edge and opens new dimensions that will deepen your understanding of the martial arts. Knife Fighting Stance, Footwork, and Dynamics of Motion, the fifth book in the series, covers basic ways to move when advancing and retreating, compares the benefits of holding the knife in the lead versus rear hand, defines and discusses how to attain superior positioning against a knife-wielding opponent, and introduces the reader to basic defense with the knife against kicks and punches. It ends with a discussion of the physics of the stab versus the slash and the dynamics of motion and penetration depth.